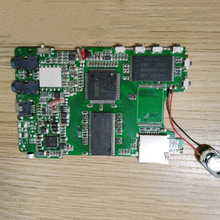 E-waste or electronic waste is the left over PCBs, components, PVC or plastic cases, body, etc., of your old electronic appliances, such as a TV, refrigerator, dish washer that you have thrown out. It is one of the fastest growing types of waste produced on the planet. According to a report on e-waste, by 2017, all of that year’s end-of-life refrigerators, TVs, mobile phones, computers, monitors, e-toys and other products with a battery or electrical cord worldwide could fill a line of 40-ton trucks end-to-end on a highway straddling three quarters of the Equator, the weight equivalent of 200 Empire State Buildings or 11 Great Pyramids of Giza. The US has the world’s highest figure of 9.4 million tons and China generated the second highest e-waste total of 7.3 million tons. The report also states that the total amount of e-waste generated by 2017 will be 65.4 million metric tons.

What can we do to stop the severe situation? Well, the simple answer is stop over-consumption. But that could take a long time to actually come into action. The next big thing is too start recycling every bit of those electronic appliances and gadgets that our leaving our house. We can open up the body of each of these appliances take out the PCBs and reuse the components.