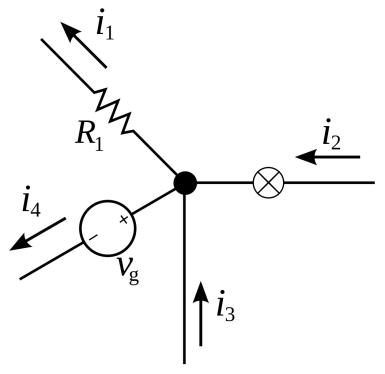 Kirchhoffs law of current and voltage are two laws that are really useful when you are working with circuits. They were first described in 1845 by German physicist Gustav Kirchhoff.

Uses: Kirchhoffs' circuit law is really important. It could be much easier for you to design circuits, look at circuits and debug circuits if you understand it well.